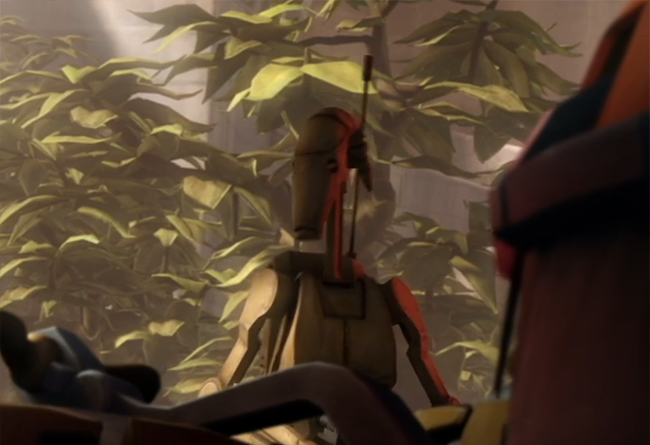 Background: OM 7 was a B1-series battle droid used by the Confederacy of Independent Systems during the Clone Wars. During the Battle of Ryloth, OM 7 and OM 5 were sent by their commander to check out a Republic Gunship that was blocking their path. OM 5 and OM 7 pulled the door open the gunship only to discover it was full of explosives. A clone trooper hidden in the nearby hill pushed the trigger, which made a huge explosion and destroyed OM 5 and OM 7. The explosion caused the nearby terrain to collapse, blocking a strategic mountain pass. the explosives had been placed by Jedi Master Ima-Gun Di, who had put them there to block the mountain pass, giving more time to freedom fighter Cham Syndulla. 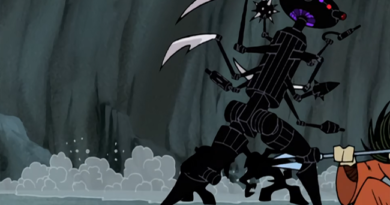 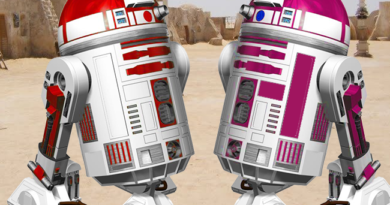 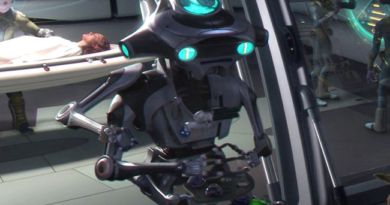