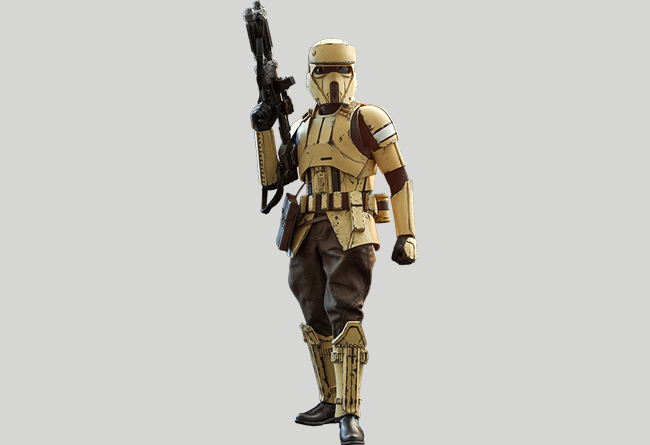 Background: Regular shoretroopers featured sand-colored armor, with a red band around their right arm and a white stripe around their left shoulder guard. Squad leaders were identified by a sand blue stripe that went along the top of their chest plates and onto the top of their shoulder guards. Squad leaders also sported a kama attached to their belt. Shoretrooper captains had almost all of their chest plates blue, along with a small plate of armor that was on their left side. Their right shoulder guard was sand colored, but their left shoulder guard was all sand blue, save for the white stripe. Further down the same arm, there were stripes of sand blue and yellow. They also had limited or no upper leg armor for swifter movement in battle, similar to scout troopers. On Niamos a variant of shore trooper could be seen utilizing the E-11 blaster pistol. The shoretrooper variant could also be seen with a white line going across their upper-chest plate, a red band on their lower-right arm, a bag on their upper-right leg, and white shoulder armor in which the shoulder armor on the left has 2 black stripes going across it. They are also seen to be a commanding role as they have the ability to order around KX-series security droids 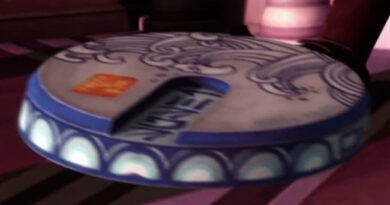 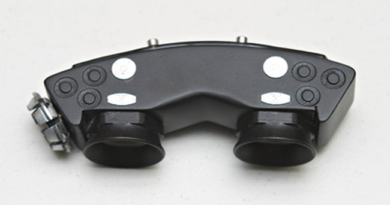 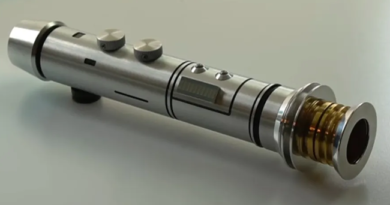