Game Note: The Cantwell-class Arrestor Cruiser was designed to ensnare and incapacitate any suspect starship, be it a freighter, a frigate or even another cruiser. During a capture operation, it pursued its target, only needing to maintain a distance of long range to bring its tractor beams to bear. Once the target was trapped, the Arrestor could either reel it in to disable it with ion cannons, or keep it at long range, allowing starfighter squadrons to carve it up. The Arrestor was also used to steer traffic away from construction zones.

Background: The Cantwell-class Arrestor Cruiser, also designated as the Cantwell-class 410 cruiser, was a type of cruiser used by the Galactic Empire. Manufactured by Kuat Drive Yards at the request of the Department of Imperial Justice and the Imperial Navy, it featured three powerful tractor beam projectors which it used to ensnare suspect vessels and steer traffic away from construction zones. One Arrestor was notably featured in an Imperial recruitment film played on Corellia.

Like some other warships used by the Galactic Empire, the Cantwell-class Arrestor Cruiser was shaped like a narrow arrowhead. However, the tip of the arrow was located at the stern of the ship, unlike the Imperial-class Star Destroyers for example. The inverted triangle-frame ended midway along the hull, leaving the front half of the ship long and narrow. Arrestor cruisers were uniformly painted a light shade of gray, in keeping with the Empire’s preference for muted colors.[4]

Vessels of the Cantwell-class were equipped with three turret-mounted twin heavy ion cannons (one port, one starboard, and one ventral), and twelve light laser cannons (three forward-, three port-, three starboard-, and three aft-mounted). They were also equipped with three powerful, dish-shaped RT-17 repulsor-tractor beam emitters: one at the bow, one at starboard, and one at port. They not only enabled the Arrestor to capture and draw in other starships, but also to push them away to an ideal distance for the Arrestor’s ion cannons to disable the suspect ship’s systems.

The warship had two large docking bays situated amidships, each housing a squadron of starfighters (24 fighters in total) as well as shuttles allowing the ship’s complement of stormtroopers to board a captured craft. 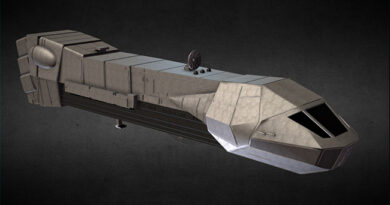 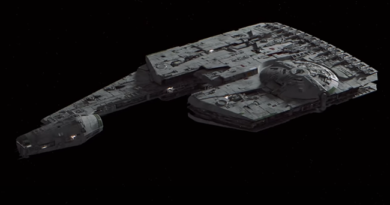 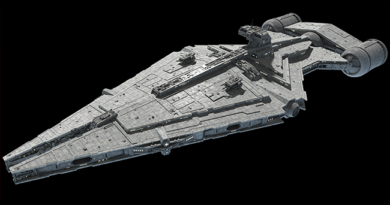 SWRPGGM · 14 hours ago
@swrpggm
Hey @DisneyPlus why are you preventing me from using your service unless I provide detailed personal information that I have no desire to share with you. This makes me want to #unsubcribe
View on Twitter
0
0

SWRPGGM · 20 hours ago
@swrpggm
Episode titles for #TheBadBatch were released today with the trailer. https://t.co/5sLFypPdTj
View on Twitter