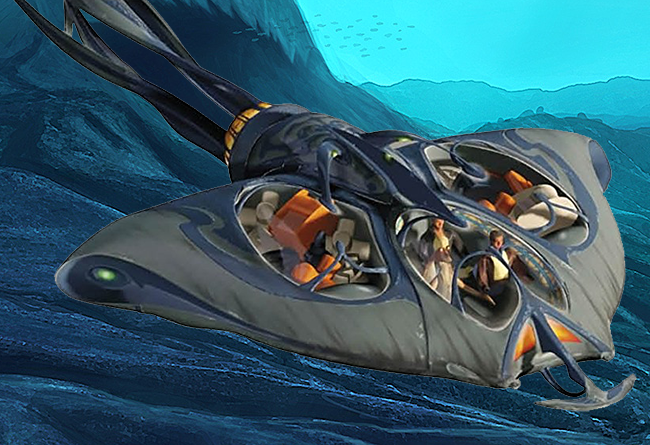 Background: Gungan bongo submarines, also known as tribubble bongo submarines or simply as bongos, were submersible vehicles used by the Gungans to traverse the oceans of Naboo which saw use prior to the Invasion of Naboo and during the Clone Wars.

Gungan bongo submarines, manufactured by Otoh Gunga Bongameken Cooperative, were a range of semi-organic submarines used by the Gungans to traverse and explore the oceans of Naboo.

The manta-shaped hull of the bongo was organically grown from coral using techniques kept secret by the Gungans, meaning that no two vehicles were exactly alike. This distinctive hull, combined with the long, electromotive tentacles that flowed from the back of the vehicle and spun for propulsion, gave the bongo an appearance that resembled that of an exotic squid. The hull was also heavily armored against potential attack by dangerous sea creatures found in Naboo’s oceans.

Bongo submarines also possessed long, twisting, tentacle-like turbines which gave the vessel an unusually high speed. The vehicle was also equipped with a number of hydrostatic bubble shields which kept the cockpit and cargo areas dry and filled with air. These shields could be switched on and off to allow access to the vehicle. Bongos apparently have no limit to the maximum depth achievable by one, as they can always withstand the crushing depths of the waterways of Naboo. Despite this, they’re usually found to travel at a standard depth of 500 meters.

A forward driving plane also jutted from the front of the cockpit module. In emergencies, this cockpit module could eject from the vehicle like an escape pod. 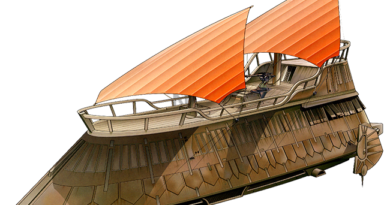 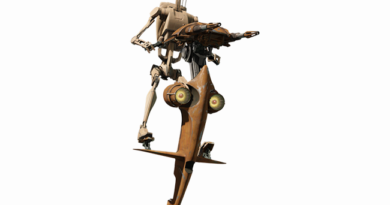