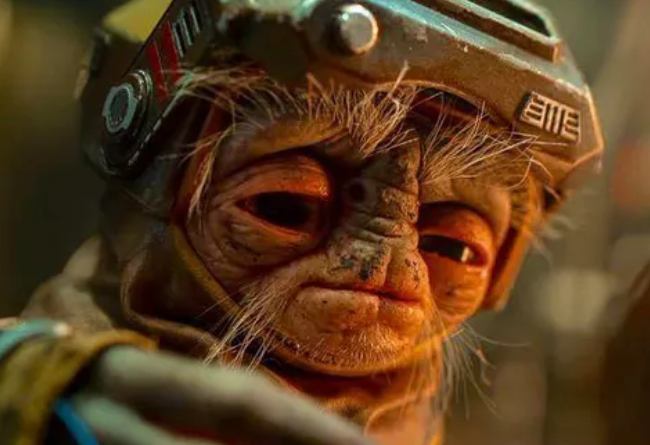 Special Abilities:
Diminutive Size: Babu Frik is extremely small, which makes him a harder target to hit during combat (+1D to Dodge), but means he cannot lift as much (-1D to Lifting)

Background: Babu Frik was an Anzellan male who lived during the war between the First Order and the Resistance, working as a droidsmith among the Spice Runners of Kijimi. He could reprogram or modify almost any droid, regardless of its security measures.

Spice running
Babu Frik worked for Zorii Bliss’s crew on the planet of Kijimi for some time before the cold war. Poe Dameron abandoned the group to join the New Republic as a T-85 X-wing pilot and later the Resistance as a T-70 X-wing pilot, following in the footsteps of his parents Shara Bey and Kes Dameron, both of whom fought for the Rebellion. Sometime after the Battle of Crait, Kijimi fell under First Order occupation, which made life more difficult for Babu and the band of spice runners.

First Order–Resistance war
A group of Resistance members consisting of Rey, Finn, Chewbacca, BB-8, C-3PO and the now Resistance Commander Poe Dameron recovered a Sith dagger. While C-3PO was able to translate the Sith inscriptions on the dagger, his programming prevented him from revealing the translation to anyone. When Chewbacca was captured along with the dagger, the group went to Kijimi to find Babu Frik in order to retrieve the information in C-3PO’s memory banks following the recommendations of Poe.

Babu Frik was able to bypass C-3PO’s programming restrictions to allow C-3PO to speak the translation. Aware that the procedure would erase his memory, C-3PO decided to undergo it as he knew there was no other way to have a chance at defeating Emperor Palpatine. The protocol droid later regained his memory from a backup carried by R2-D2. Babu tinkered with C-3PO’s main processing unit in order to locate the text of the inscription and override the programming preventing C-3PO from speaking the translation. During the procedure, C-3PO’s photoreceptors became red as he spoke the words. After completing the translation C-3PO was rebooted with no memory, leaving him only with his base factory programming.

Upon the departure of the Resistance fighters, Babu Frik contacted Jannah and the rest of Company 77 on Kef Bir in the hope that they would be able to aid the fighters on their quest to find the Emperor’s wayfinder which would lead them to the Sith world of Exegol.

The Emperor subsequently gave the order to use one of his Xyston-class Star Destroyers to destroy Kijimi. The snow-covered planet was obliterated by the Star Destroyer’s axial superlaser, making Poe believe his old friends had been killed.

Despite initial beliefs, both Babu Frik and Zorii Bliss escaped before the destruction of Kijimi, joining Lando Calrissian and the allied fleet. The two flew a BTA-NR2 Y-wing starfighter during the Battle of Exegol against the Sith Eternal fleet. Zorii and Babu destroyed one of the Xyston-class Star Destroyers during the battle and later celebrated the defeat of the Emperor and the Final Order on Ajan Kloss with the rest of the freedom fighters. 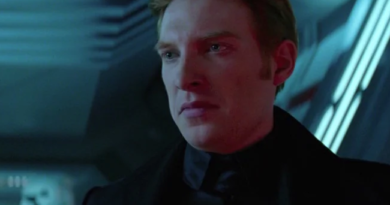 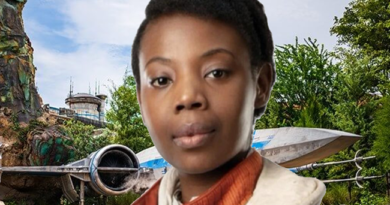 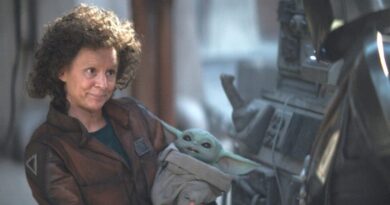