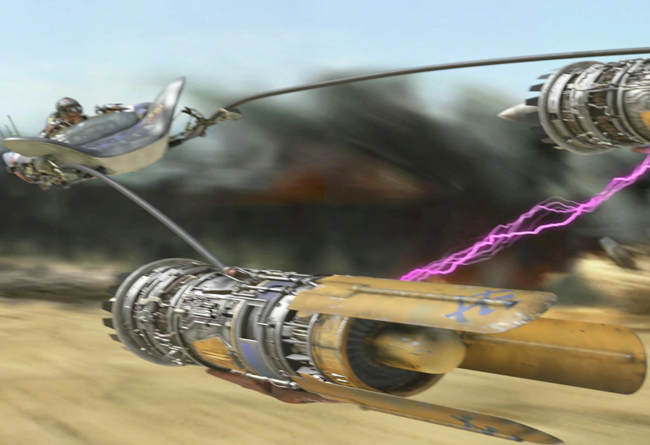 Background: Anakin Skywalker’s Podracer was a custom-built Podracer built by a nine-year old Anakin Skywalker as a slave on Tatooine, and used to secure his freedom and the replacement hyperdrive components for Queen Amidala’s ship during the Boonta Eve Classic.

Anakin Skywalker’s Podracer was constructed from a pair of Radon-Ulzer 620c turbines. One engine was put together from spare parts in Watto’s junkyard. These parts included the burned-out turbines from Watto’s own podracer, which Skywalker had eventually crashed. The other engine was acquired when Anakin bartered with Jawas. He modified the engines heavily, notably by improving the fuel injection system in order to increase thrust. Skywalker attached triple yellow air scoops to these engines to give the vehicle optimal maneuverability, especially while turning. The cockpit was attached to the massive motors by Steelton control cables. The racer could reach breakneck speeds in the area of 947 kilometers an hour (588 mph), earning its title of the fastest podracer in the galaxy. It could only fit one person; the pilot. Similar to the other podracers, Anakin’s podracer possessed energy binders for keeping the podracer together during the race. The energy binders, if crossed by a biological being, also have a side-effect of causing the affected body part to go numb for several hours. 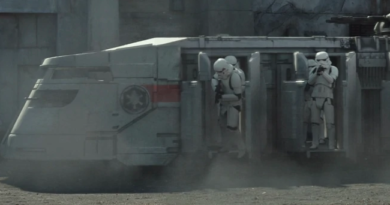 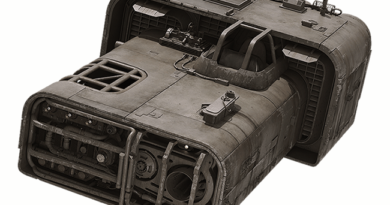 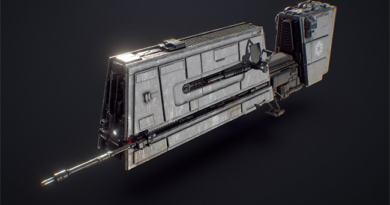